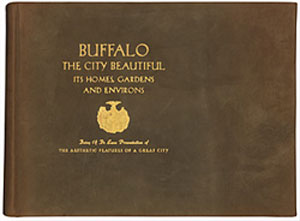 The Lilacs gained wide-spread recognition for its grounds and gardens during the first half of the 20th century. The then-owner, Anthony Schreiber, was an avid gardener and undertook many landscaping improvements to the property after its purchase in 1917. His efforts resulted in The Lilacs being featured in several periodicals of the time, including the book “Buffalo, The City Beautiful, Its Homes, Gardens and Environs” published in 1931. 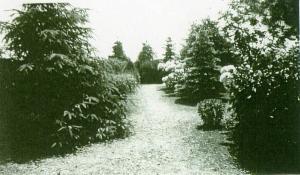 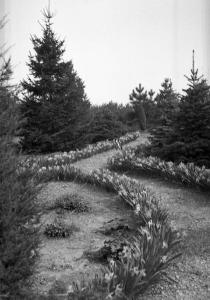 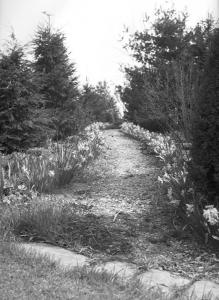 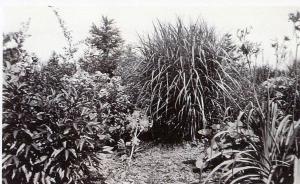 Subsequent to Schreiber’s death in 1938, the grounds underwent some five decades of neglect, which resulted in substantial deterioration and over-growth. The formal gardens, which had been on the elevated plateau at the southeastern side of the house, and had been Schreiber’s pride and joy, had devolved into a heavily wooded area – retaining only a few traces of its past, such as some evidence of unique plants/bushes/trees, covered-over cinder paths, and remnants of an irrigation system.

However, substantial landscaping improvements undertaken since the early 1990s have restored a sense of great garden presence at The Lilacs. These improvements have endeavored to follow some precepts of the English garden movement (as articulated by its main spokespersons Gertrude Jekyll and William Robinson). In this regard, gardens should strive to be unpretentious outdoor living spaces, and should follow the natural flow of the landscape. Greater formality is appropriate near the house, loosening to a more naturalistic style farther away. The Lilacs has a multi-level terrain, with the prior formal gardens at the elevated southeastern corner of the property, the house on a somewhat lower level with both the front lawn and rear area sloping downward from the house, and a considerably lower glen area at the northern back of the property. Gardens were designed to intricately integrate with the house, resulting in the grounds becoming one cohesive statement. 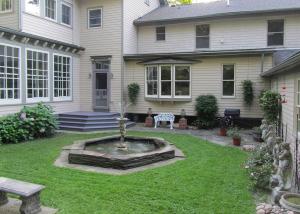 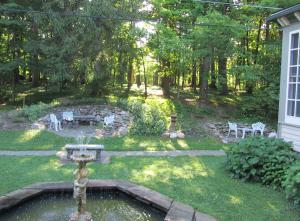 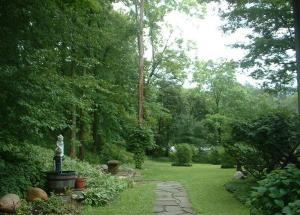 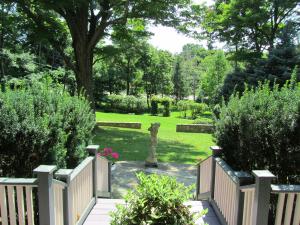 Incorporated into the current landscaping concept are a plethora of various flower and plant beds, fountains, flagstone and field stone walks and patios, all of which is complemented with appropriate lawn statuary thereby continuing the fine tradition of the Victorian era.

The grand stone staircase on the east side of the house leading up to the former formal gardens had deteriorated to the point of being unusable, and has been restored. The considerable amount of stonework – walks, patios, fountains, etc - comfortably merges within the historic appeal of the property. 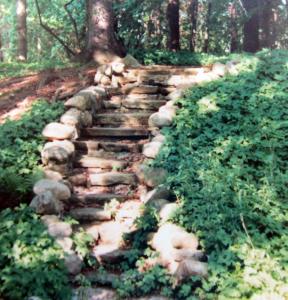 The stone and cement wall along the driveway had also deteriorated over the years, and was not able to be restored/repaired – a magnificent new stone wall has replaced it. 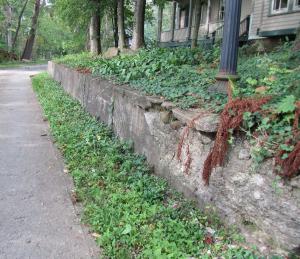 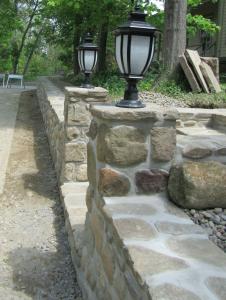 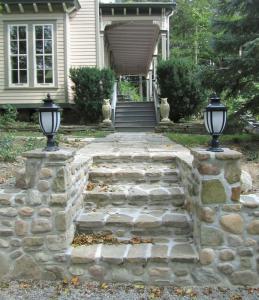 Driveway Stone Wall – Before & After

Replacing the driveway wall also necessitated relocating the Post Lantern which had been installed along the driveway c1923. According to the Museum of Innovation & Science (Schenectady, NY) – which archives all General Electric company history and photos – this lamp is an ornamental Novalux Form 18 lantern-type unit. It appears to have been added to GE’s product line sometime in 1922 or 1923, as it seems to have first appeared in their 1923 catalogue in Street Lighting. The catalogue notes that  -

“the Novalux lanterns differ from other American designs in that they retain the ornamental projections which are a fundamental part of lantern design . . . attempts to modernize lanterns by omitting this ornamentation robs it of the very feature which lends beauty and dignity. The ribs are extended in a graceful fashion and the top canopy terminates in a slender pinnacle. This Novalux unit is in architectural accord with the old standards of lantern design and have not the squatty unfinished appearance of other modern lanterns”.

There are eight etched-glass panels on the sides and eight smaller panels for the top. The catalogue also notes that the panels were cut from flat sheets of cathedral glass and that, in addition to the diffusion of light, the etched design imparted “a certain sparkle to the light”. The Form 18 Novalux also subsequently appeared in the 1925 catalogue, and a 1927 Bulletin. These documents indicate that Novalux was a high-end unit and a popular item in GE’s product line.

This Post Lantern was fully restored and given a new life – being installed in a very prominent position on the east side of the house along the flagstone walk between the fountain and stone patios. 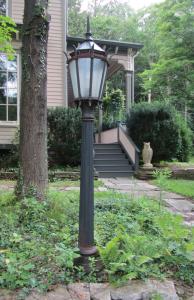 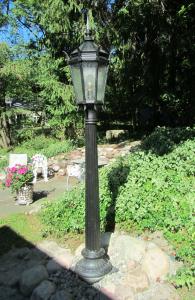 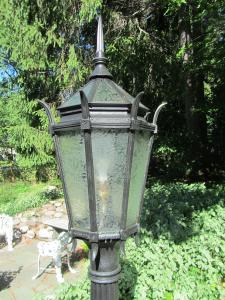 The large collection of lilacs in existence on the grounds in the early part of the 20th century had disappeared by the 1990s. However, a growing collection of lilacs have been planted over the past 2 decades and, once again, the glorious scent of lilacs permeates the air during the latter part of May.

The lilacs are complimented with a wide array of other types of flowering plants, shrubs, bushes and ornamental trees, which results in continual color from spring to autumn.

The grounds and gardens provide an environment for quiet reflection, and seek to engage all five human senses. Ownership continues to painstakingly re-create a sense of extraordinary gardens in returning this historic property to its former glory. 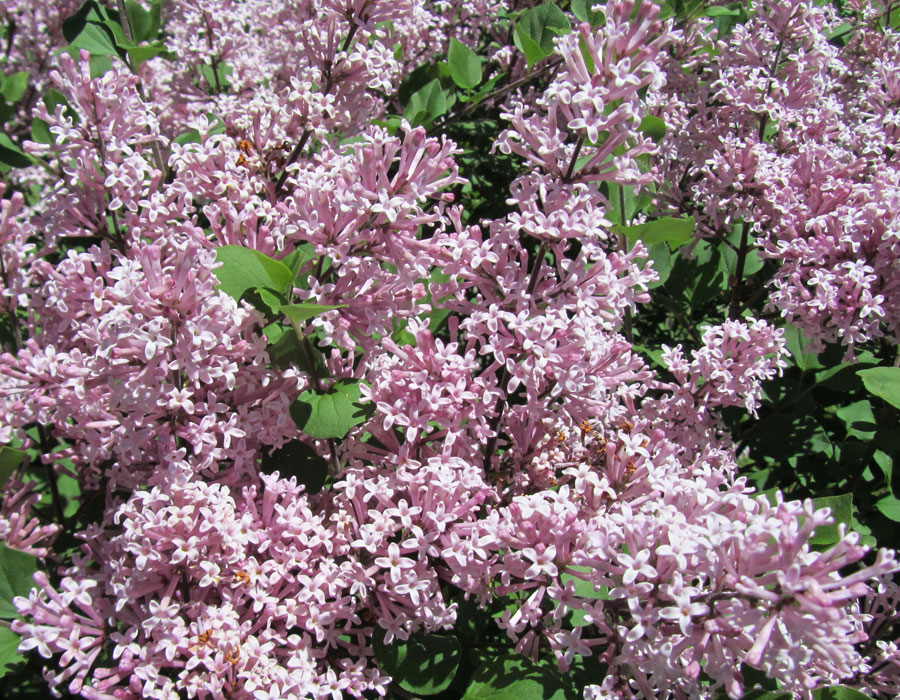 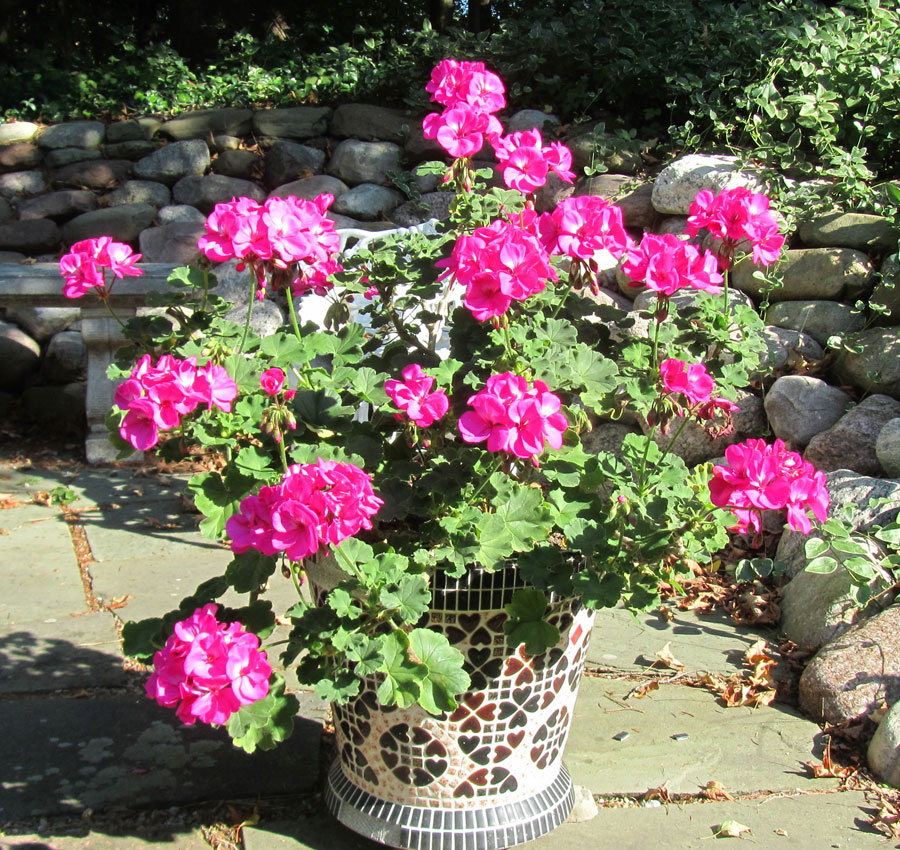 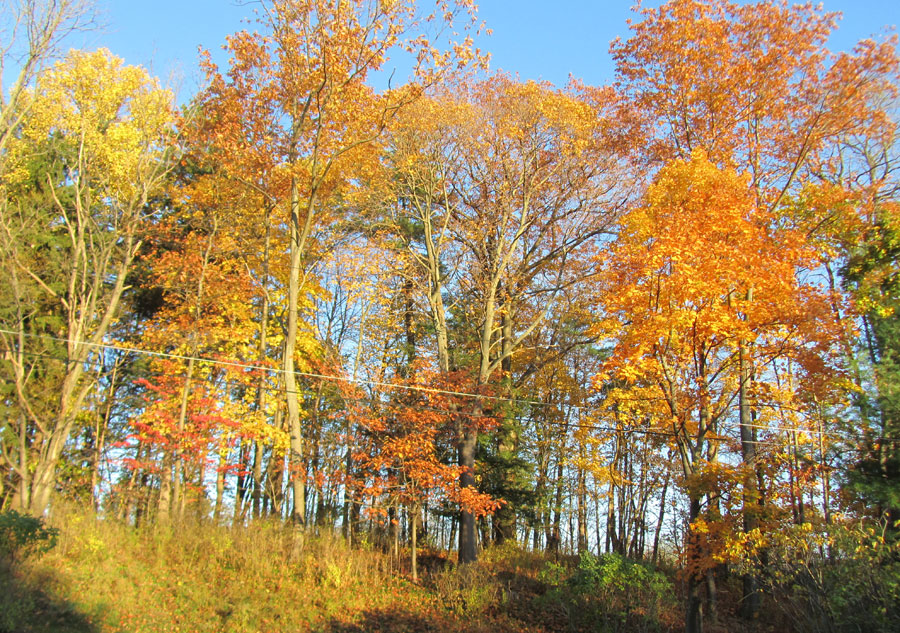