Galaxy came to us as a stray in September 1999. Apparently abused and abandoned, he was hungry and hurting. We lent him a helping hand and, after some food, loving care and vet attention, he was determined to adopt The Lilacs as his home. He was approximately 6 years old at the time.

At first he seemed to spend a lot of time staring off into space (studying the galactic zones?), leading us to call him Galaxy - a name which he seemed to readily accept. He soon became quite comfortable with his new lifestyle, and declared territorial rights over all the grounds.

For 10 glorious years he vigilantly maintained his mastery over the property and his status as the elder states-cat of The Lilacs. He always loved napping in the sun – we always knew where to find him, just look where the sun was providing warmth. As he approached his senior years, he became prone to spending most of his time napping in the sun – a favorite spot was in the fountain area. 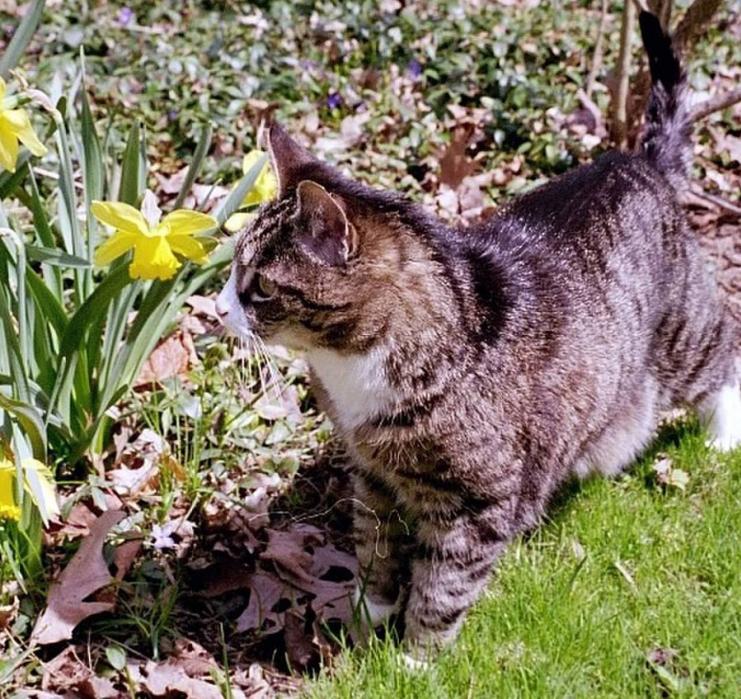 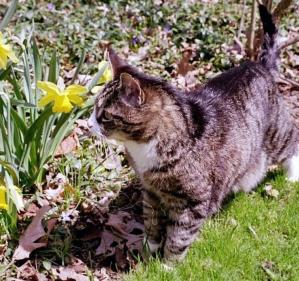 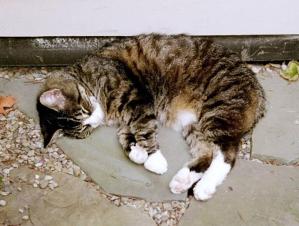 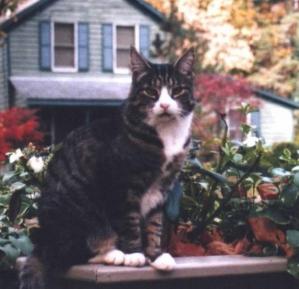 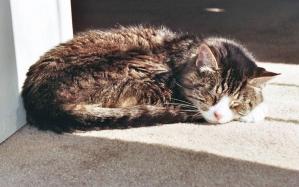 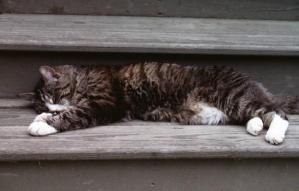 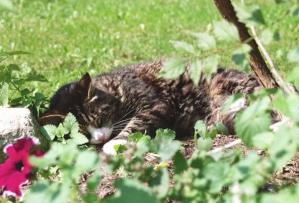 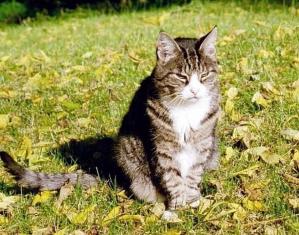 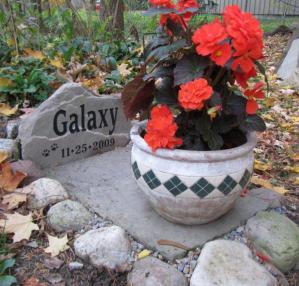 Galaxy passed away on Thanksgiving Eve 2009, succumbing to the ravages of time. He was buried within sight of one of his favorite spots.

“No matter how hard I try

No matter how many years go by

No matter how many tears I cry