The cottage was constructed in the autumn of 1881 by Sylvester Griggs for use as a tenant house, probably for young immigrant farm workers. It was situated by Big Tree Road close to Tannery Brook.

When Rhoda Griggs sold The Lilacs in 1891, she retained the cottage and ½ acre for her residence. Following her death in 1899, the cottage went through 3 more ownership changes until 1917. Shortly after Anthony Schreiber purchased The Lilacs, he also purchased the cottage to re-unite it with the main property. The cottage was relocated behind the main house and next to the complex of barns. The main barn was used as a garage for the autos, and the cottage became the dwelling for Schreiber’s chauffeur. 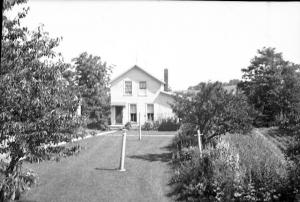 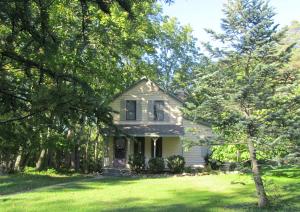 Since beautifully restored and repaired, this unique and charming cottage remains in use, nestled in a very tranquil and secluded country setting. The first floor ceiling still reveals the huge hand sawn timbers used for rafters – adding to the cottage’s romantic historical appeal. Similarly, the large support studs under the floor are anchored by a huge single stock of wood (essentially a tree) running the full width of the cottage.

The color design for the exterior of the cottage uses most of the same colors as the house, but in a reverse palette, with the lilac tones somewhat more evident. 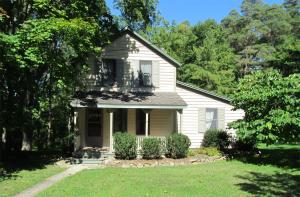 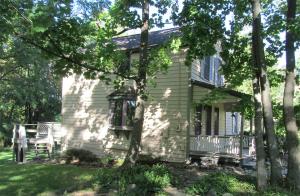 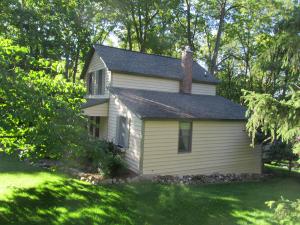 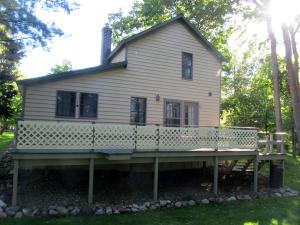 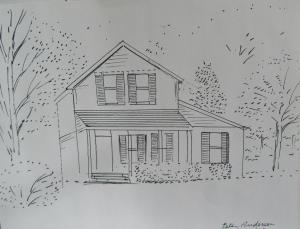 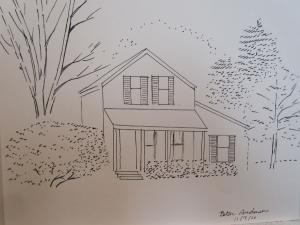 (Sketches of the Cottage done by the late local artist, Peter Anderson)